An Caora Dubh Farm is located in Donegal, NW Ireland. The farm consists of 117 acres across 5 sites, highlighted below in yellow. The sites lie just south of Glenveagh National Park on the fringe of the Derryveagh mountain chain, approximately 15 miles inland. 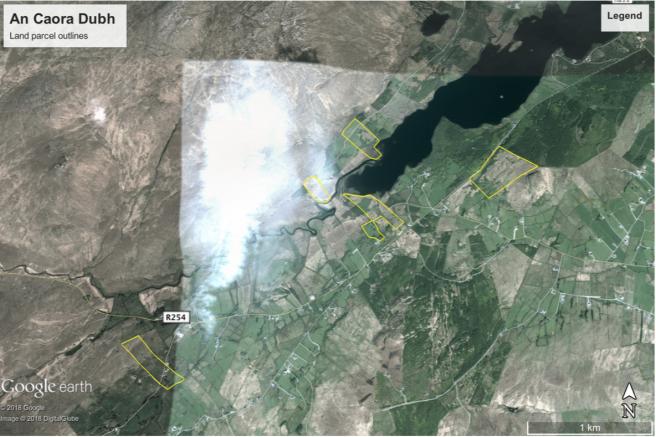 The closest weather station to the farm is at Kingarrow, 6 miles to the south-west. As you will see from the data below, the farm receives in the region of 2,000 mm (78 inches) of rainfall annually. 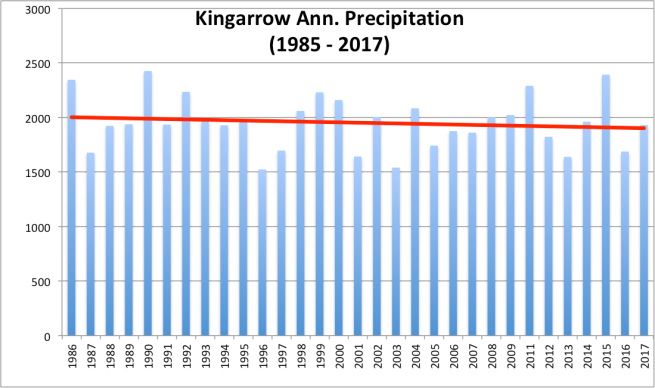 Prevailing winds are from the south-west for most of the year, with cold snaps blowing from the north & north-east. Due to high average wind speeds, shelter is of utmost importance for livestock management particularly during the winter & shoulder seasons.

Think of Donegal and the usual image that springs to mind is one of stark, barren hillsides and muted heather tones. This may be accurate of today’s vista, but the misconception is to believe that this is the way it has always been. The names of surrounding townlands reveal a different story…

A combination of factors has led to the denuded landscape we know today; including the introduction of Red Deer to the area in the mid-1800’s – which have since gone virtually unmanaged – & the expansion of grazing on these hills in more recent times.

An Caora Dubh Farm is a fairly typical of an upland farm in the west of Ireland. The sites lie between 80 m & 300 m above sea level & discrete land units fall into one of three broad categories as follows:

The land units of An Caora Dubh Farm are split as follows: 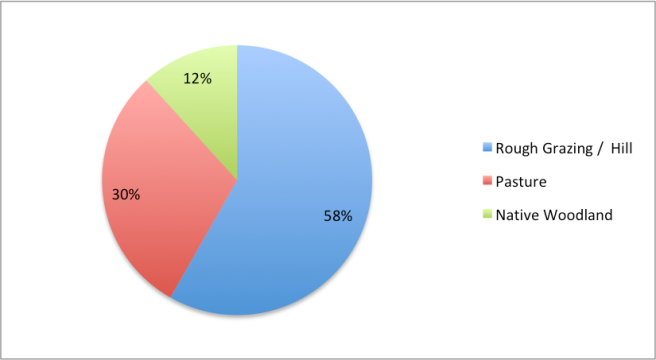 Traditionally used as livestock pasture, with lower lying grass lands grazed in the shoulder seasons & rougher areas grazed as part of a summer rotation. Some areas of in-bye land exhibit signs of previous working as vegetable plots with ridges still visible. Evidence of up to 5 families having lived on various parts of the property in times gone by, though not necessarily at the same time.